They are highly experienced and well-trained surgeons 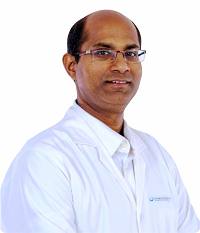 Dr Mettu Srinivas Reddy is currently the Director of Liver transplantation and Hepatobiliary & Pancreatic Surgery at Gleneagles Global Hospital & Health City, Chennai, India. He has extensive experience in living donor liver transplantation, paediatric liver transplantation and surgery for cancers of the liver, pancreas and biliary tract. He believes in a truly multi-disciplinary approach to managing adults and children with complex liver problems and is strongly focused on treatment outcomes and the overall patient experience.

Dr Srinivas Reddy underwent medical training at Jawaharlal Institute of Medical Education & Research (JIPMER), Pondicherry, India where he also completed an ICMR studentship in Pharmacology. He completed his general surgical residency at the Postgraduate Institute of Medical Education & Research (PGIMER), Chandigarh, India. He then moved to the United Kingdom to train in Liver Transplantation and Hepatobiliary Surgery. He completed fellowships at liver transplant units in Newcastle-upon-Tyne and Leeds, and was awarded the FRCS in General Surgery & Transplant by the Royal College of Surgeons. During this period, he also conducted research into improving outcomes of transplantation using novel techniques of organ preservation at the Universities of Newcastle & Sunderland. This research was funded partly by the Royal College of Surgeons of Edinburgh and culminated in his doctoral thesis.

He has over 100 peer-reviewed scientific publications to his credit, has authored multiple textbook chapters including co-authoring a chapter in ‘Gray’s Anatomy’. He is a regular speaker at national and international conferences on liver disease & liver transplantation. He is a member of the Pediatric Committee of the International Liver Transplantation Society and was involved in the development of the ILTS Pediatric liver transplant registry. His current research involves novel techniques to treat liver tumors and developing better models to study liver regeneration.

Back to Our Doctors 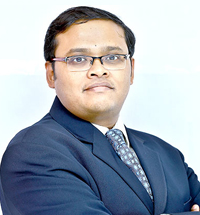 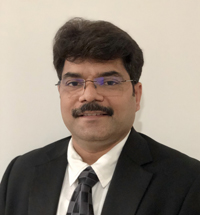